With more and more website visits coming from mobile devices, speed becomes a vital piece of your website’s efficiency, even more so than with a desktop computer. Google has recognized this need for speed as mobile searches have surpassed desktop searches, and mobile usage continues to grow at a rapid rate.

That’s why popularity is building for a new web technology known as Accelerated Mobile Pages or AMP HTML. Google announced the new initiative back in early October and has championed it heavily as we close out 2015 and head into 2016.

Google has recognized this fact as mobile searches surpassed desktop searches, and mobile usage continues to grow at a rapid rate. With more and more visits coming from mobile devices, speed becomes a vital piece of your website even more so than with a desktop computer. 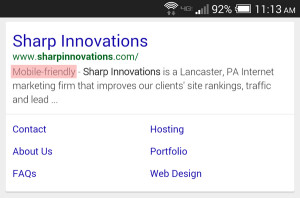 The growing use of mobile devices led Google to implement changes to their algorithm on April 21st, 2015 to use mobile-friendliness criteria as a ranking signal, and those who’ve made their website a positive experience for mobile visitors were awarded a “mobile-friendly” label in the search results. Bing followed shortly afterwards with their own “mobile-friendly” label, and this focus on mobile for both major search engines remains true today.

With all this focus on mobile-friendliness and speed, Google wanted to ensure that readers aren’t lost due to poor webpage load time because numerous studies have shown that even a one-second load time improvement can make all the difference between a conversion and a visitor’s quick click over to a competitor’s website. 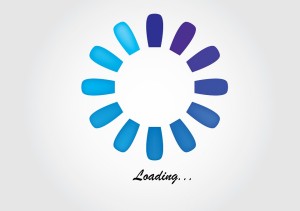 This desire for rapid load speeds has led Google to release an open source initiative known as the AMP project whose goal is to create lightweight webpages that load quickly, but still include the content people are looking for, including video, animations, and graphics. Demos have shown that almost instant load times are possible on mobile devices, simply by utilizing this new framework.

Joining in on the faster mobile web party are big name publishers and technology companies including The New York Times, The Wall Street Journal, Guardian News & Media, Buzzfeed, The Huffington Post, Mashable, Twitter, Pinterest, WordPress, LinkedIn, and more, so the early outlook for this new technology sticking is promising.

Google intends to integrate AMP pages into the search engine and send traffic to AMP pages in early 2016. They also suggested at a press event in December 2015 that just like the “mobile-friendly” label and ranking boost, there may be a similar label and ranking for being a “fast” website if you offer AMP pages of your website to mobile visitors.

Should You Invest In AMP?

This is the question that remains to be seen. Google has previously made big pushes for HTTPS enabled websites, using similar promises of rankings boosts that have seen mixed results.

If you currently aren’t mobile friendly we would suggest exploring this option as you build a new website or incorporate a new responsive design or mobile website.

If you are already mobile friendly we’d recommend evaluating how fast your current website is, and decide whether the improved load time is worth the cost of the project.

Of course if you are interested in the new Google AMP HTML for your company or brand, simply contact our team here at Sharp Innovations at 717-290-6760 or email us at sales@sharpinnovations.com and we’ll be happy to help you evaluate your current situation.