The past couple of years have seen people becoming more concerned with how secure their information is as their lives continue on an exponential trend toward digitization. We communicate, interact, share, work, plan, and unwind through the magic of the internet. Whether you’re binging the latest season of House of Cards on Netflix, or trying to finish up that spreadsheet for work, society is becoming more dependent on the internet for everyday life. As our lives leave our devices and venture out to connect with computers all over the globe, it is becoming vital that the information we send and receive stays secure in between.

Why does this matter? 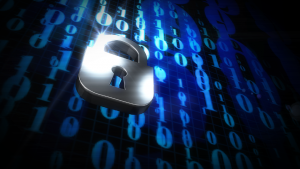 Information is used by a variety of internet companies for a host of reasons. Google utilizes search history to target ads that are better suited for the user. Apple collects information about how their phones are used so they can figure out what people are doing or want to do, and improve upon those things. Data collection is everywhere and can include information people may not care about, or information people would rather stay private. Text messages, for example, should not be sent in an unencrypted format. Few people can say they would be OK with their entire texting history being posted online for the world to see. In an insecure digital age, that is entirely possible. Other sensitive information is vital to keep secure such as medical histories, financial data, fingerprint scans, and more, all of which are transmitted over the internet every day. All of this data jumps from computer to computer in its journey to find its way to the recipient, and there are ways to intercept it along the way. Even HTTPS, a secure version of HTTP, is becoming a standard among websites that do not even necessarily take credit card or other payment information. You can read more about HTTPS here. Confidentiality and security are important, but how are they guaranteed?

What can be done about it?

Encryption is the key to securing information over the internet. It is the locking of information in such a way that only a user with the key can view the contents. There are different levels of encryption, some more secure than others, but it is widely considered the most secure method of transmitting data without the risk of interception. If data is encrypted and gets intercepted along the path to the recipient, the party that intercepted the data will be left with a locked file that’s unreadable without the key. There are ways they can forge their own key, but modern encryption methods are sophisticated enough that it generally takes enormous computing power to make it happen, and even so can take years to break the code, if it’s possible at all. 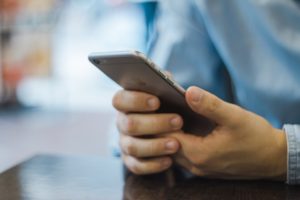 A practical example of encryption in action was the recent San Bernardino case where the FBI had requested Apple’s assistance with creating a back door to an iPhone involved in a crime. The FBI’s take was that there was potentially relevant information to help solve the crime on the device of the accused criminals.  Apple refused on the grounds that making such a tool would result in a decrease in security for iPhones in general, since a solution to break the built-in encryption would exist. Apple could have built such a tool since they are the ones who created the lock for iPhones. This makes the process of breaking the encryption much easier, but for outside parties, the process is far more complex.

With security at the forefront of so many people’s minds, companies are pushing more than ever before to ensure everyone’s data is as secure as possible. Apple will persist in making each generation of their products more secure, as will Google, and even small tech start-ups. The digital age is only just beginning, so it is important that these security trends continue as the digital world embeds itself into society.